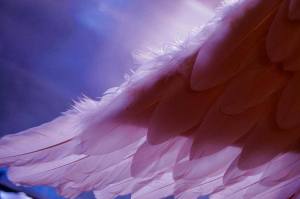 …for thereby some have entertained angels unawares, Heb 13:2.

Though she Graced my life, for such a short time, I am thankful and honored, to say …SHE WAS MINE!

I am an Alpha, so, some people would say. I say it was Ray, he raised me that way. Never to limit the power of me. We had a lil joke “SheRa”  I GOT THE POWER when my goals (his expectations) were bigger than me.

As an adult, raising a tribe of my own, I would fight the world, for my littlest one! The labels they gave her I assured weren’t her fault. She stood unique, outside, the crowed that was NOT.

Brilliant she was, taught her own self to read, by 4 her and Suess did it with ease. At 5 when I sent my lil one to school, she would learn hate, and know ridicule. I dreaded those calls at the end of the day. Not normal, defiant, doesn’t fit in they would say.

I planted those seeds and nurtured them right, with Sunday School, and God Wednesday nights. HIS Son made us whole and renewed with each day and boy you should of seen how my lil one prayed!

Each night I would sit at the side of her bed, Rolling my eyes up into my head. On and on she would go with her wishes to God, everyone she knew, the raccoon and even a frog. At 9 her young faith would first be tried, Green eyes at the foot of my bed she cried.

In our new home, a presence not right would raise in my lil one a terrible fright. I felt what she saw as I moved room to room, The curses of evil of former owners I assumed. Had our Pastor come in and we cleansed that old house. Of the demons. the curses and that mean green eyed louse.

With a dad that was bad, I tried with my might, to raise both my flock keeping His laws in sight. The one would be swayed by the wide path of the world, my lil one would walk the narrow with me, THAT’S MY GIRL!

Many a happenstance manipulated by them, would be thrown in our paths again and again. Institutions, run by scum, would eventually take her, try as they might they never could break her!

Her Faith was gynormous in the midst of the bad. As she matured, I found myself wishing I had what she had. With years of torment my heart now was sure that there are no good people in the world, anymore.

The days went by fast now she’s out on her own. Taking care of those that, the world has picked on. She was drawn I must say to a peculiar type. I worried that maybe her discernment’s not right.

When they’d let her down, I’d be the one she’d call on, for some edification, comfort and song. We were quite the team, me and my lil one, I’ve never seen another so filled with the Love of the Son!

The goodness that came from one of her plights, she named Lynnaya much to our delight. No assembly required, she came filled with Light! We had my lil trailer rocking to Awesome God every night!

Wherever she went her convictions she spoke. To the haughty, the proud, those unequally yoked. Risky I thought were the choices she made. Each time she’d get back on the road narrow, God paved. Momma she’d call to say she was sorry. And tell me the details of her new unfolding story.

Christmas morn  3AM, she’d leave a voice-mail for me, with my heart in my gut I fell to my knees, hearing my lil one say momma don’t be mad please, got myself in a place, that wont let me go, the beginning of the end as the terror unfolds.

This went on for two weeks I’d get a text or phone call. I was crazy and stressed on HIS NAME I DID CALL! I threatened and bitched and challenged these FOOLS, to show themselves to me FACE TO FACE, A FAIR DUAL!

Eventually freed, physically anyway, reunited with me, she still seemed far away. I wish I knew then what I know today, they still had her captive, the ultimate price she would pay.

So they got her addicted to this drug and that, played with her like a yo, yo, yanking this way and that. Her judgement was clouded, she questioned even me, thinking my motives weren’t based on love and sincerity,

She withdrew and avoided and I’d lose her again, to a klan of criminals masquerading as friends. And again they would taunt me with the message they send. We have your daughter, prior manipulations had me on the defense.

Had incoming calls all blocked, unfortunately I’d learn, that she called me twice before it took a turned for the worse. On the 18th and 19th, she had tried and my heart and my Soul felt as though I too died.

When all this hit me like a dam that had burst, when they called to tell me on October first. That the evil that held her captive so long, finally ended the life of my lil one. I reacted at first like they wanted me to, and all that I wished was that I was dead too!

The day that she died with the means that they used, I actually had heard her leaving me too. What a horrible thing for a mother to learn, that her disconnecting was her resonance on that day I heard.

As I cried every day falling to my knees, it wasn’t too long before I heard with you I’m quite pleased. They would never permit her to be yours in this world so I’m giving her back, here’s your lil girl!

Now someday I will write of the wonders I’ve seen, since the day that they took my lil one from me. Each day’s still a struggle and some are far worse. It took tragedy for me to see Gods Divine plan for her.

The veil is quite thin and I get glimpses of her, a soft kiss on the cheek, or the forehead feels like soft fur! An Eagle flew over me outside yesterday, I fell to my knees and thanked God as I prayed.

Like the one that I saw when my dad left me too, from behind the veil they whisper we watch over you. Everything is okay if you only knew the Grand plan that before time was, God had especially for you.

So I might be real bent and beaten up bad, I still arise each morning in Him I am glad. I will do His will daily, he who knows all my cares, and woe be to those who harm angels unawares!

1 thought on “Angels Unawares, in Dr Suess Time. In Honor of my daughter Sarah (A Targeted Individual)”